I have seen glimmers of Cam Banks’ (twitter, Google+) passion for Dragonlance over twitter and wanted to delve into it a bit.

Cam, I know you love Dragonlance and wanted to have a conversation about the setting.

It is a setting with a huge canon now. There are several different games with different editions in different eras of the setting, the often-maligned-for-railroading modules and novels, short stories and if memory serves, an animated film of some kind.

If you were guiding someone towards playing Dragonlance for the first time, what game would you use, how would you familiarize them with the setting? How would you introduce Dragonlance to someone who didn’t know anything about it?

I think reading the original trilogy of novels is always a good place to start. Margaret & Tracy’s books continue to be bestsellers, after all. This does create some problems, however, which we encountered during the 3rd edition era of the setting. Our audience expected two things: a faithful recreation of the original novels or the modules they were based on, and an open world of play that allowed original characters. Much as Star Wars runs into trouble with fans when it “strays” from the original movies, Dragonlance likewise runs into trouble with its own fans when it heads off in any kind of new direction.

That said, for a new audience, with no experience of playing it as a game setting, almost any rules would work. It’s not difficult to get hold of the original modules in some format or another, and the same adventures have been updated for two editions beyond the 1st edition of AD&D. Pathfinder GMs could run the Sovereign Press versions quite easily. For myself, as of right now, I would probably go with a hack of Dungeon World. There’s a lot I’d be able to do with DW’s flexible economy of movies and narrative choices that would make the romantic fantasy of Dragonlance a little easier to grasp.

It is funny that you should mention Dungeon World, I was just thinking about the game Matt ran at last year’s Dreamation, using Dungeon World to play the old Dragonlance Modules.

The fact that my buddy, Rob, who introduced me to gaming played a kender made me laugh. A kender thief was my first D&D character, Stultus “The Kid” Flipppoloticus.

Could you talk about a favorite character that you played or a favorite moment from a Dragonlance game at your table?

As a gamer, how do you deal with that established canon? How do you turn it from a shadow looming over the table to an asset to inspire the players?

When I was working on the 3rd edition of Dragonlance I had a local group of players who were of varying degrees of familiar with the setting. Amanda Valentine was in the group and early on decided just to play a fighter since it would let her just get on with playing the game and not worry about spells and other things. As it happens, her character Katja developed into one of the campaign’s most heroic and fleshed-out PCs. She grappled a blue dragon and forced it down to the ground, breaking its neck, with some lucky dice rolls. It was kind of a shock to the whole table.

I decided at some point that it was OK to stray from continuity, too. I have a firm grasp on it to begin with, and know enough about alternate timelines and so forth that throwing something new or different in was fun for me and interesting for those players who are familiar with the standard continuity. Knowing it as well as I do frees me from worrying as much about it, which is kind of my approach to everything like this. It’s in my nature to absorb and digest continuity and canon. Keeping that all sorted in my head might be one of the things I enjoy most about fandom.

Grappled a blue dragon to death! That is fantastic. Nice.

Any tips for using an established setting’s details in a way that is fun for a table that has players with varying degrees of setting knowledge and buy-in?

You can name drop characters and locations all the time, but unless they matter somehow to your players it’s not worth it. I think it’s best to focus on who they’ve chosen to play. If you’ve got a fighter and a wizard, then obviously you want to talk to the players about the kinds of groups that fighters and wizards belong to. In Dragonlance, that’s not just Knights and High Sorcery mages, it’s things like the Ergothian Cavaliers, or the Academy of Sorcery, or renegades, or whatever. What I did was provide the small, out of the way starting point, ask how the players got there, what kind of places did they come from, and then I could provide them with the details that lined up with those things they had settled on.

With D&D it is kind of a cheat. Like if you did a Fate Core Dragonlance you’d sort of have to get to work on lists of aspects and things that made sense with the setting, but with D&D you can usually just say “OK so you’re an elf fighter, right, that means you’re probably Qualinesti or Silvanesti, which one sounds good” as opposed to just “errr… okay, so, you’re an elf with some skills…” D&D and games like it are already templates for background before you even add the setting material. So it’s a good cheat. Not saying you can’t do Dragonlance with other games – I think it’s probably BETTER with other games, sometimes – but for newcomers it’s a lot of work done for you just up front.

Quick! What are a few of Raistlin’s Aspects?

Obviously his high concept is Wizard of High Sorcery. He’s probably got some like Hourglass Eyes, No Bully Shall Be Victor Over Me, Heir of Fistandantilus, “My tea, Caramon!” etc. I’m a little rusty with Raistlin and with Fate, for all that clever phrases are a part of my work!

Who is your favorite Dragonlance character and why?

My favorite is Tanis Half-Elven. He’s an archer and a swordsman, he’s from two worlds and neither of them is really completely his, he’s a redhead, a reluctant leader but a pretty good one when he tries (and isn’t distracted), and so on. I often joke that the difference between Tanis and myself is that I picked the brunette and not the blonde. Maybe he would have been happier if he’d done that, too.

You hear someone at a con bad-mouthing Dragonlance and you can say anything to them and there will be no consequences other than cheers and hugs all around and a greater understanding of the setting.

What do you say?

I’d say it’s often easy to talk dismissively of Dragonlance because it has had such a huge influence on campaign settings, genre fiction, and so on since its creation. By that I mean, the ideas and tropes of Dragonlance might seem old-hat or tired or fuel for railroaded games, but at the time it was as revolutionary as something like the Dresden Files or Game of Thrones or Skyrim seems now. We live in a timeline that both embraces and demonizes the past, as seen by the Old School Renaissance and countless reboots of movies, comics, and literature. So I say, sure, you don’t need to like it, but you should at some level respect and acknowledge it, which is pretty much the right way to deal with the Queen of Darkness, too. 🙂

Thank you for taking the time to talk to me while we both went through huge transitions in our lives.  May both of our transitions lead to happiness and success! 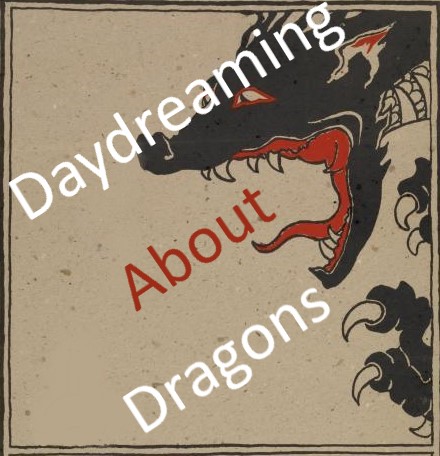